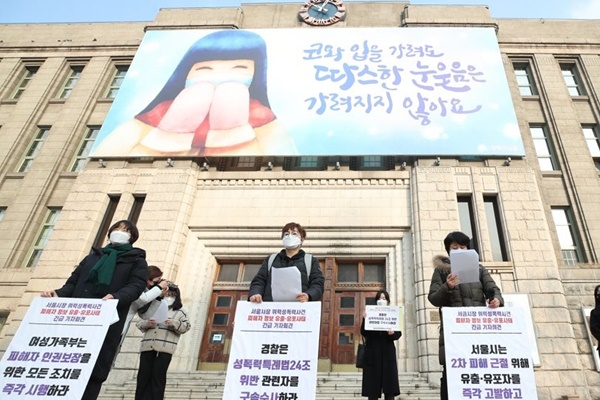 A police investigation into sexual harassment allegations against the late Seoul Mayor Park Won-soon that surfaced just before his apparent suicide in July wrapped up without charges.

The Seoul Metropolitan Police Agency said on Tuesday that it plans to send the case to the prosecution with a recommendation for non-indictment.

The police said it lost the authority to indict the mayor when he died.

The investigative agency will also recommend non-indictment in the alleged abetting by acting Seoul Mayor Seo Jung-hyup and six other incumbent or former Seoul Metropolitan Government officials, citing a lack of evidence.

The police have recommended indictment for four people on charges of posting defamatory online comments about the victim, and another six for falsely identifying a third person online as the victim.

Five others are facing charges for distributing a document online that alleges to be the victim’s formal complaint, while one other person is under investigation for allegedly revealing the victim’s name online.

The police, who also conducted digital forensics on Park’s work cellphone to determine the circumstances leading up to his death, concluded that there was no evidence of foul play.